Meanwhile, every time I taste the "Dom" rest based on its quality in relation to the huge number of bottles produced.

Richard, you're great! There are no half terms to define mr. Geoffroy if not a genius! The chef de cave has an enological sensibility as a true world class.

But let's get to the wine. First of all, it's still too young!

At a first taste it gives you the sensation of being drinkable, pleasant to the nose in its note of toasting recognizable. There are also citrus notes and the

It is elegant and creamy. The vintage a little 'hot does not feel that much.

The feeling is that it is a wine of great stuff still unexpressed with a final not yet the first of the class.

I expect for the future a beautiful evolution that enriches the olfactory and gustatory spectrum. 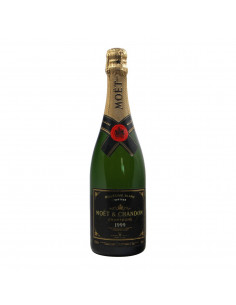