The cradle of the Grand Cru of Burgundy

The municipality of Gevrey Chambertin was the first in 1847 to receive authorisation to associate its name with that of the most famous vineyard: the Chambertin Grand Cru.

We are located at the northern end of the Côte de Nuits, on the edge of the perfect ripening area for Pinot Noir, with over 450 hectares in total it represents one of the most planted vineyards in the Côte, in particular 360 hectares are dedicated to village wines, 86 to premier cru and 87 to grand cru; there are also 50 hectares of the nearby town of Brochon that are entitled to the Gevrey-Chambertin denomination.

The climate is continental, with rather hot summers and dry winters, during which beneficial cold winds from the north blow (which dry the berries and prevent many diseases).

The name of the locality "Gevrey" derives from "Gabriacus", an ancient name of Gallo-Roman origin, of which there are traces, in the chronicles, starting from 640 AD. It all began when, in this period, the Abbey of Bèze received these lands from the Duke of Amalgaire, and the monks worked to cultivate them; legend has it that, later on, a fellow countryman named Bertin, decided to plant the same vines also on its bottom, bordering the abbey; from here, from the Latin word Campus, the derivation of the Frankish word "Champ", which, together with the name of Bertin, gave the name to the locality.

This ancient Roman outpost has been famous for its wines since the 6th century A.D., when the Gallo-Roman hagiographer Gregory of Tours, cited this locality to celebrate the magnificence of its wine products; more recent discoveries have even attested to the importance of this vineyard since the 1st century B.C.. Gevrey-en-Montagne (the original name of the commune) was the first commune to decide to rename itself, adding to its name the suffix of its most important vineyard, the Chambertin (currently divided among 19 owners) this took place on 17th October 1847; it finally became officially recognised as an "appellation" on 18th April 1929 (the regulations imposed to cultivate only pinot noir, both in Gevrey Chambertin and on part of the land around the town of Brochon).

This town includes the largest number of Grand Cru, nine, of the Cote de Nuits (of the twenty-four in this area), all located in the southern part of the denomination, and twenty-six climats classified premier cru.

The classification of the wines is quite articulated; already at the "village" level, you can find many lieux-dit bottled separately, for example: Clos du Couvent" and "Clos du Meix" (both monopole) from Domaine de Varoilles, or "Clos Prieur" from domaine Marc Roy, "Ételois" from domaine Rossignol Trapet, "Les Crais" and "La Justice" from Domaine Gérard Seguin, or "Jouise" and "Clos Prieur" from domaine Harmand Geoffrey or "En Champs" from Domaine Denis Mortet e, To conclude, a striking case in point is the domaine Marchand Grillot, which offers up to five different Gevrey Chambertin village bottlings, proposing the lieux dits "En Songe", "Au Velle", "Champerrier", "Jouise" and "Le Cret".

The vineyards of the municipality are located on the two sides of the splendid Combe de Lavaux gorge; they can be divided into three wine-growing areas: to the north (up to 350 metres above sea level, on marly soils that give elegance to the wines) the Cote Saint Jacques, in the centre most of the villages (soils rich in ferrous elements that produce more colourful wines) and, to the south, in the Cote des Grands Crus, the most important products. At the time of the first classification of the vineyards, carried out by Dr. Lavalle (1855), many current premier cru were classified qualitatively in the same way as many current grand crus; in fact, at that time, only the "Clos de Beze" and the "Chambertin" were considered "tete de cuvee" (the current grand crus), while he had placed one step lower than the current grand crus of "Chapelle", "Mazy", "Ruchottes", "Charmes" and "Griotte"; and it was precisely on this level that he had placed the current premier cru of "St Jacques", "Le Clos Sait Jacques", "Verroilles", "Estournelles" and "Cazetiers", as well as the climat "Fouchère", which today is part of the grand cru "Chambertin" and, at the same time, he did not include, in this second qualitative category, the most southern parts of the current grand crus, which he placed at a third qualitative level. The other two Grand Crus of Gevrey Chambertin are the Mazoyeres and the Latricieres. 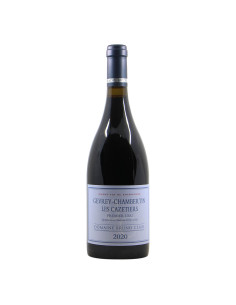 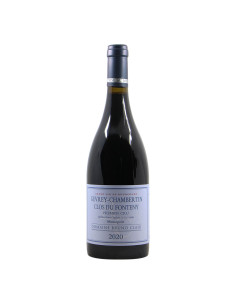 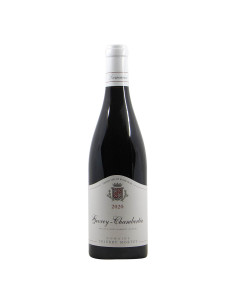 DOMAINE THIERRY MORTET
TMGC20
€58.00
Personalizzami
Gevrey-Chambertin 2020 is a fine French wine from Burgundy produced by Domaine Thierry Mortet. It is an elegant wine with a spicy, fruity and floral profile, with aromas that will tend to evolve over the years. Balanced and smooth on the palate, a highly respected entry level wine. 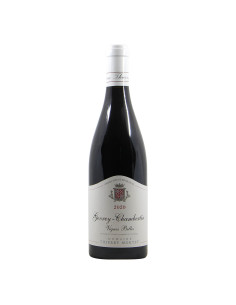 DOMAINE THIERRY MORTET
TMGCVB20
€69.00
Personalizzami
Gevrey Chambertin Vignes Belles is a French Burgundy fine wine, produced by Domaine Thierry Mortet according to natural methods, with no added sulphites. It is an elegant wine on the nose and in the mouth, with hints of red fruits and woods and with a good balance. 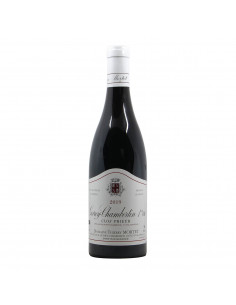 DOMAINE THIERRY MORTET
TMGCCP19
€95.00
Personalizzami
Gevrey Chambertin 1er Cru Clos Pieur 2019 is a fine French wine from the Burgundy region produced by Domaine Thierry Mortet. The grapes come from the 1er cru Clos Pieur and it is a wine that is able to express extreme elegance, quality, harmony and persistence. 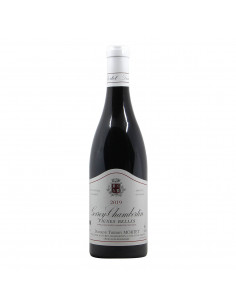 DOMAINE THIERRY MORTET
TMGCVB19
€65.00
Personalizzami
Gevrey Chambertin Vignes Belles 2019 is a French Burgundy fine wine, produced by Domaine Thierry Mortet according to natural methods, with no added sulphites. It is an elegant wine on the nose and in the mouth, with hints of red fruits and woods and with a good balance. 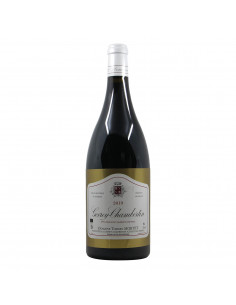 DOMAINE THIERRY MORTET
TMGC19MG
€130.00
Personalizzami
Gevrey-Chambertin 2019 is a fine French wine from Burgundy produced by Domaine Thierry Mortet. It is an elegant wine with a spicy, fruity and floral profile, with aromas that will tend to evolve over the years. Balanced and smooth on the palate, a highly respected entry level wine. 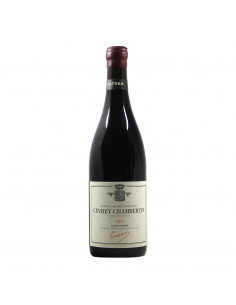 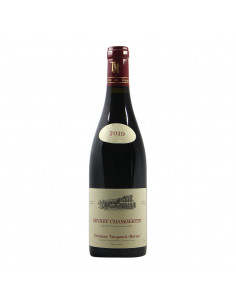 TAUPENOT MERME
TMGCH19
€77.00
Personalizzami
Gevrey-Chambertin 2019 is a fine red wine from Burgundy produced by Domaine Taupenot Merme. Made from 100% Pinot Noir grapes, aged in 20% new barrels for 12-14 months, it is an elegant and concentrated wine characterised by fruity hints and herbaceous notes. 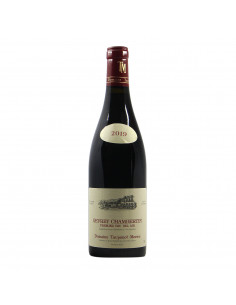 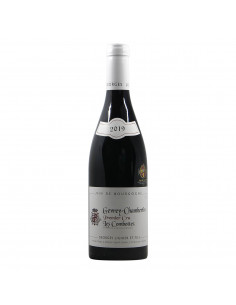 LIGNIER GEORGES
GCOCGL19
€170.00
Personalizzami
This 2019 Gevrey-Chambertin 1er Cru Les Combottes is a rich red, with an intense nose of blackcurrants and other small red and dark fruits with nuances of game, with balsamic notes of liquorice. The palate is full but elegant, with tannins present but valluted and just the right amount of freshness. 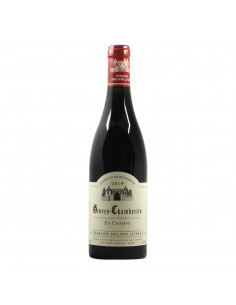 PHILIPPE LIVERA DOMAINE DES TILLEULS
PLGEC19
€65.00
Personalizzami
Gevrey Chambertin En Champs 2019 is a red wine from Burgundy produced using natural methods by Domaine Philippe Livera. "En Champs" is located on the border with Brochon, just below the premier cru "Champeaux". The soils here are thin, and the limestone "mother rock" is close to the surface, giving great minerality to the wines.