Why champagne saber is used to open the champagne bottles?

The champagne saber is also known as sabrage saber because of its specific utility, and is in effect a cutting blade used exclusively in the spectacular technique of opening champagne bottles in ceremonial or festive contexts that takes its name, precisely , of Sabrage (from the French saber = saber).

The use of the champagne saber became popular in Napoleonic France when the army visited the aristocratic domains belonging to the empire.

Given the numerous victories won by the army, there were many celebrations, during which it was common practice to open the bottles with a convenient and easily available means and the saber was the weapon of choice for the light cavalry of the army, the Hussars.
It seems that during one of these celebrations Napoleon himself said "Champagne! In victory it is a merit; in defeat a necessity ", thus encouraging its use and practice.

A champagne saber is a really very exclusive and exciting gift for a connoisseur of the prestigious bottles of French bubbles, but not only, because if the sabrage technique is correctly applied, it is effective in opening any bottle of sparkling wine.

Our particularity? You can customize the blade of the champagne saber with a name, a dedication or any phrase that makes the gift even more exclusive and unique, ensuring you a surprise effect of great impact. 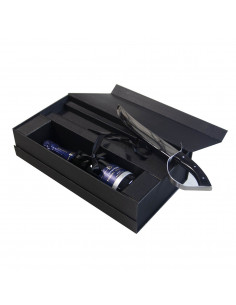 OOHWINE
SCIABCC
€140.00
Personalizzami
PERSONALIZED WINE ACCESSORIES – PERSONALIZED CHAMPAGNE SABERS(THE PERSONALIZATION OF THE CHAMPAGNE SABER IS MADE AT THE MOMENT AND DOES NOT AFFECT THE SHIPPING TIMES)Bonny is the personalized champagne saber with a customizable steel blade through a precise laser cut. Sophisticated gift of great impact, symbol of passion for the world of great champagne. 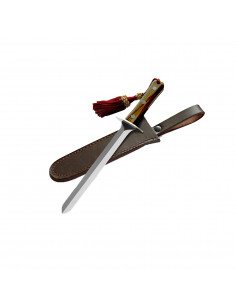 OOHWINE
SPAMAS
€85.00
Personalizzami
The Champagne sabre, also known as sabrage sabre or sommelier sabre, is a real sabre usually used for uncorking Champagne but, more recently, any bottle of bubbly in general thanks to the great scenic effect created by the use of this technique. 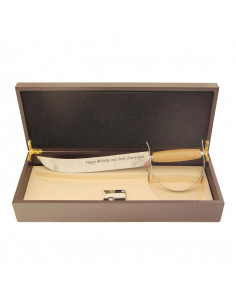 OOHWINE
SCIAB
€120.00
Personalizzami
PERSONALIZED WINE ACCESSORIES – PERSONALIZED CHAMPAGNE SABERS   (THE PERSONALIZATION OF THE CHAMPAGNE SABER IS MADE AT THE MOMENT AND DOES NOT AFFECT THE SHIPPING TIMES) Edward is the personalized champagne saber with a customizable steel blade through a precise laser cut. Sophisticated gift of great impact, symbol of passion for the world of great... 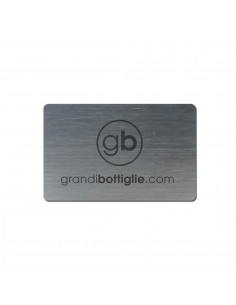 OOHWINE
SABCA
€29.00
Personalizzami
Sabrage Card or Champagne Sabre Card in stainless steel, the size of a credit card. Laser customizable with your name, logo or any phrase you prefer!