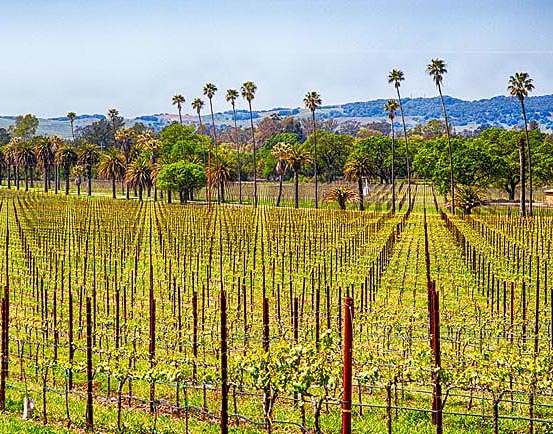 California's winemaking history is much more recent than Europe's, but the very absence of traditions has allowed a strong dynamism and open-mindedness on the part of winemakers in experimenting with new production techniques and winemaking styles. Thanks to this, California has sustained rapid growth, quickly becoming a point of reference for the entire viticulture of the United States, so much so that 90% of the wines of the entire state are produced here.

The secret of its success, however, lies above all in its favourable climatic, geological and environmental conditions, so much so that it is considered the 'Mediterranean of the New World' not only for wine production, but also for fruit and other crops. The area under vines in California covers 300,000 hectares, with a total annual production of around 17 million hectolitres, with black grapes predominating (62%). The grape varieties grown in California also clearly reflect the region's mountainous openness, because apart from Zinfandel, a native grape that is part of the same family as Primitivo, the grapes used in California wines are mostly international. 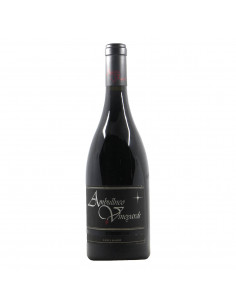 AMBULLNEO VINEYARDS
AVSM05
€51.00 €60.00
Personalizzami
The 2005 Pinot Noir Canis Major Santa Maria Valley is a California red wine produced by Ambullneo Vineyards. It is a medium-bodied, elegant yet full-bodied Pinot Noir suitable for ageing, expressing aromas of red fruit, spicy and earthy notes. In the mouth, it is medium-bodied, with great freshness and persistence.