The town of Morey Saint Denis has built up its own independent reputation only with difficulty, only over the years, and has always been forced territorially between the two best known municipalities of Gevrey Chambertin and Chambolle Musigny; despite the presence of almost 5 Grand Cru (the one of Bonnes-Mares is, in fact, shared with the town of Chambolle).

The reason for this subjugation is due to the fact that, for entire generations, the local growers, encouraged in this operation by the nègociants of the area, have been following the wish that the wines of Morey Saint Denis be sold under the name of the nearby Gevrey Chambertin (whose coat of arms, already consolidated for some time, proved to be commercially more expendable); This meant that, for many years, the wine critics certified the inferiority of this commune, downgrading it, in the chronicles, to a place of mere transit among the most emblazoned appellations of Gevrey in the north, and Chambolle in the south.

There is, however, authoritative criticism that, before the AOC, the wines of this municipality were even sold under the name of Pommard.

Morey-Saint-Denis owns 64 ha for village wines, 44 ha for Premier Cru wines and 40 ha for Grand Cru wines; of the latter, it boasts four, covering a third of the total vineyard area.

From the point of view of terroir, this is a common complex: geologically it does not present significant differences compared to Gevrey Chambertin, with the deep plate of Jurassic limestone. The percentage of pebbles is as high (from 22 to 35%) as in Gevrey.  The exposures are identical and point almost everywhere to the full east.

What changes instead are the altitudes and slopes. Mont-Luisant, the small region on the northern border of Morey, is one of the steepest vineyards of the Cote de Nuits and exceeds 360 meters; the vineyards above Clos de Lambrays are no less.

In terms of taste, the reds have depth and charisma and a certain reticence when young, it is rare that the wines are tannic (with the exception of Clos de Tart), but it is also rare that elegance is an adjective spent in abundance in Morey wines. Usually as descriptors we find dark berries, licorice, tobacco and spices. In the municipality there are also 5 hectares of Chardonnay vineyards of which little more than one is classified premier cru.

Driving along the road that crosses all the municipalities of the Cote d'Or, the Route des Grand Crus, from north to south, meets the first of them, the Clos de la Roche (16.90ha) and is the largest; it is located on brown and limestone soils, is shared by about thirty producers and produces wines with a strong minerality and energy; it is the natural extension of the Latricieres Chambertin. The Clos de la Roche wine is splendid, it is a transparent, thin, clearly ferrous red with notes of bitter citrus, wild flowers and roasting. It has great complexity and sapid power, infinite class. Hard to approach for the first two-three years and gives its best only in the sixth-week.

We continue on to the Clos Saint Denis (6.62ha), which produces graceful wines (so much so that they are called the "Mozarts of the Cote de Nuits"), of more immediate elegance when compared to the structure and elegance of the Clos de la Roche. A sumptuous, spherical wine with a refined and soft texture, fresh aromas and tannic perfection that leaves one amazed. It is never a restless or angular wine but almost always harmonious.

The situation is different for the other two other Grand Crus: Clos de Lambrays (8.84ha) and Clos de Tart (7.53ha), vinified in monopoly (not entirely, the first one), cultivated in practice in the heart of the small town of Morey and adjacent to the Chambertin, whose fame and quality of the land are equal.

Clos de Lambrays is a wine with a measured, balanced and distinct tone, with the typical Morey spice. It is a true hymn to the commune of which it symbolizes perhaps better than all the other wines that are produced here the austere, deep and cerebral aspect.

Clos de Tart is the most corpulent and profound wine of Morey Saint Denis and among the most mature and warmest of the Cote de Nuits. In hot and dry years it emerges a fiery, powerful, tannic and dark character, sometimes with blackish reflections. In the fresh and regular thousandths the Clos de Tart is great, soft and complex and rich in flavor, ennobled by floral and spicy clues to the nose, with a tension, freshness and mineral persistence to make the taste a real pleasure.

There are about twenty Premiers Cru. The wines of Morey Saint Denis represent an effective synthesis between the expressive power of Gevrey Chambertin's wines and the persuasive grace of Chambolle Musigny; compared to the latter, they are on average more structured, less fragrant and more flexible; compared to those of Gevrey Chambertin, on the other hand, they are less robust and vigorous; in the best versions, these wines express a juicy, enjoyable and luxuriant fruit, which makes them immediately recognizable and of great appeal. 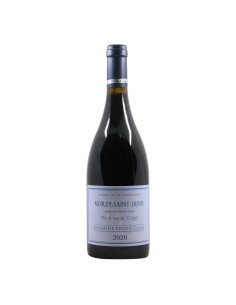 DOMAINE BRUNO CLAIR
MSDR20
€99.00
Personalizzami
The 2020 Morey St Denis Rouge En La Rue De Vergy is a red wine from Burgundy produced by Domaine Bruno Clair. The vines from which the grapes that make up this wine come sink their roots directly into the rock and deep into the earth, giving the wine less freshness and more roundness. 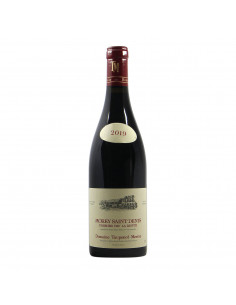 TAUPENOT MERME
TMMSDR19
€145.00
Personalizzami
Morey Saint Denis 1er Cru La Riotte 2019 is a fine red wine from Burgundy produced by Domaine Taupenot Merme. It is made from Pinot Noir from vines around 60 years old, it is an elegant and refined red wine predisposed to long ageing. 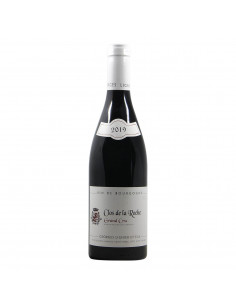 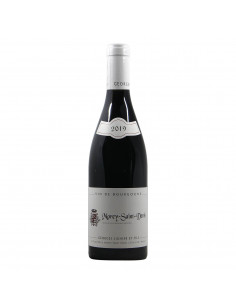 LIGNIER GEORGES
MSDGL19
€65.00
Personalizzami
The 2019 Morey-Saint-Denis is a fine red wine from Burgundy produced by Domaine Georges Lignier. It ages 18 months in used oak barrels and expresses on the nose a complex bouquet of fruit, smoky notes and spicy tones that become evident as it ages. 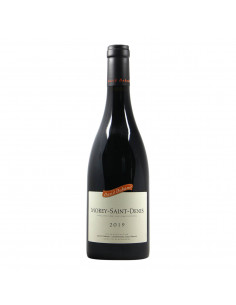 DAVID DUBAND
MSDDU19
€62.00
Personalizzami
David Duband's Morey-Saint-Denis 2019 is an organic wine from Burgundy. It ages for 14 months 40% in new barrels and 60% in first, second and third passage barrels. It expresses a clean nose of red fruits and a hint of liquorice for a fresh and pleasant sip, with soft tannins. 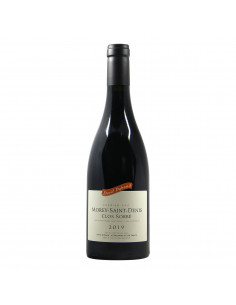 DAVID DUBAND
MSDSU19
€82.00
Personalizzami
David Duband's Morey-Saint-Denis 1er Cru Clos Sorbe 2019 is an organic wine from Burgundy. It ages for 14 months 40% in new barrels and 60% in first, second and third passage barrels. It expresses a predominant nose of red and black fruits with a touch of spices such as black pepper. The taste is full but balanced by a nice freshness and an enveloping... 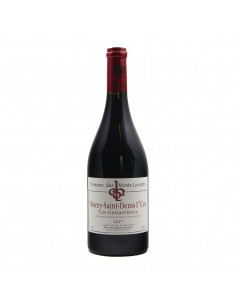 DOMAINE MONTS LUISANTS
MSG17
€90.00
Personalizzami
Morey Saint Denis 1er Cru Les Genavrieres 2017 is a fine Burgundy wine produced by Domaine Monts Luisants. The grapes come from the eponymous 1er cru vineyard, located on a hilltop where the vines enjoy a cool climate and excellent sun exposure. The result is a lean and elegant red wine with good balance and minerality. 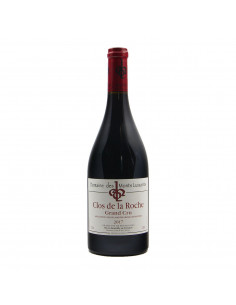 DOMAINE MONTS LUISANTS
CDLML17
€370.00
Personalizzami
Clos de la Roche Grand Cru 2017 is a fine Burgundy wine produced by Domaine Monts Luisants. It is a red wine of great rarity and value, produced in limited quantities and made from Pinot Noir grapes from the Grand Cru vineyard of the same name where low yields allow the development of high quality grapes. An elegant and complex wine, balanced and persistent. 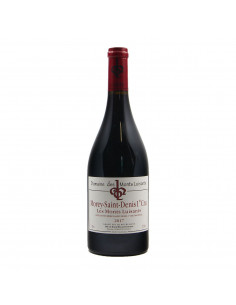 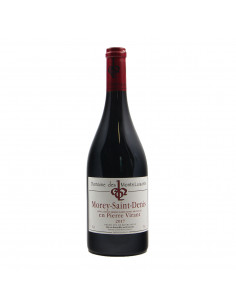 DOMAINE MONTS LUISANTS
MSD17
€67.00
Personalizzami
Morey Saint Denis en Pierre Virant 2017 is a Burgundy wine, made with Pinot Noir grapes, produced by Domaine de Monts Luisant. On the nose it releases red fruits such as currants, raspberries and strawberries, while on the palate it is silky and fine. 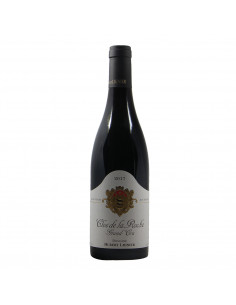 HUBERT LIGNIER
CRL17
€475.80
Personalizzami
Clos De La Roche Grand Cru 2017 is a red wine from Burgundy produced by Hubert Lignier. From one of the best crus of Morey-Saint-Denis, this wine expresses a delicate ruby red colour to the eye. The nose offers a bouquet of red fruits , flowers, spices and earthy notes for an aromatic and deep sip. 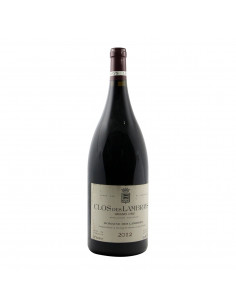 DOMAINE DES LAMBRAYS
CL12MG
€600.00
Personalizzami
Coming from a historic and renowned terroir, Clos de Lambrays is considered one of the 100 best wines in the world and is a rare and sought-after wine by wine lovers around the world. Deep and structured, this wine offers a masterful harmony of aromas and balance but will develop its full potential with a few years in the cellar.