Rafael is the youngest brother of Alvara Palacios, famous for his Priorat wines. His L’Ermita wine is widely considered to be the most important Spanish wine of the modern era. “When my father died in 2000, my brother returned to the winery. After four years, I discussed with my mother and said that it was now the time to leave the winery in the hands of my brother. At the time I was the technical director of the winery.”

It was for this reason that he started the Rafael Palacios project. “I moved to the region in 2003 which was a very difficult year. It was incredibly hot that year and the grapes suffered so I decided to look for vineyards on the highest altitudes in the area. My family moved with me in 2004 and I started to buy medium to old vineyards because my intention was to start with premium wines. I came from a famous wine family so I needed to have excellent terroir,”. 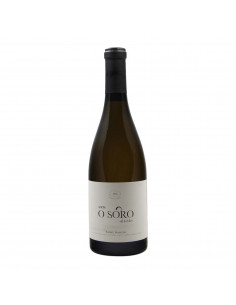