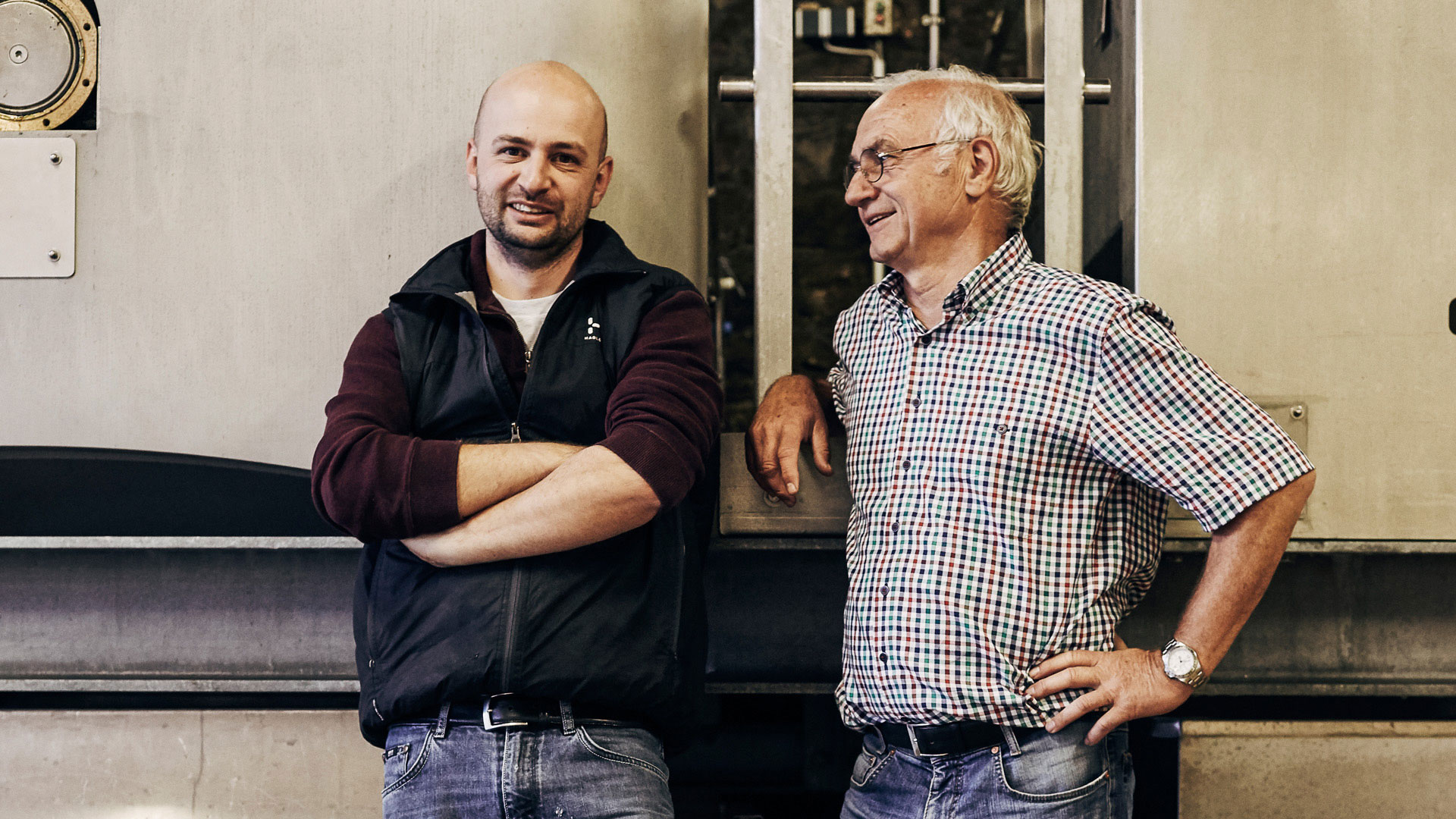 The Dönnhoff family has been part of the wine world for over 200 years, Herrmann Dönnhoff, seized by an inexorable passion for riesling, bought the first vineyards available in 1750.

But it was only in 1971 when Helmut, grandson of the founder, took over the reins of the small family business, deciding to supervise the winemaking, (coincidence wants that the same year was promulgated the law that still defines the system of the quality of German wines and which also included Nahe among the 13 "Teutonic regional quality denominations", which the winery began to make known to the world.

The revolution carried out by Helmut begins when there is still a widespread awareness of the value of the terroir, as evidenced by the same legislation of the time and classification systems, focused mainly on the Prädikat and sugary contents. From the 4 hectares owned by the grandfather, gradually we get to the current 25, heritage that includes the best vineyards in the region.

The high plant densities, the eco-sustainable agronomic practices, the meticulous and selective harvests contribute to guaranteeing excellent ripening and, above all, the health of the grapes. In the cellar the fermentations are prolonged, very slow, with indigenous yeasts and reduced clarifications, without recourse to malolactic fermentation, so much is the content of tartaric acid of this variety of grapes. The use of wood is very limited, Dönnhoff uses large barrels, coming from the same region. All this enhances the single parcel, each distinct identity, both in the Trocken and in the Prädikat.

On Helmut Dönnhoff the critics have woven the best praises, all well deserved and shared: "the greatest winemaker of Nahe", "star man", "the one who has contributed to raising the reputation of Riesling in the world and that has enhanced the variety of "soils.

Dönnhoff stands at Nahe as the Romanèe Conti stands at the Côte d'Or.

DONNHOFF
RDGGD18
€73.77
Personalizzami
The Riesling Dellchen 2018 is a fine wine from Germany produced by Donnhoff. With an elegant mineral and smoked profile, an element that identifies the brand of the company, it is a refined and complex wine.

DONNHOFF
RTHGG14
€69.67
Personalizzami
Riesling Trocken Hermannshöhle is a fine German wine produced by Donnhoff. A very elegant wine from a very renowned area of ​​the Nahe region in Germany. Rich on the nose and in the mouth with a deep mineral profile.