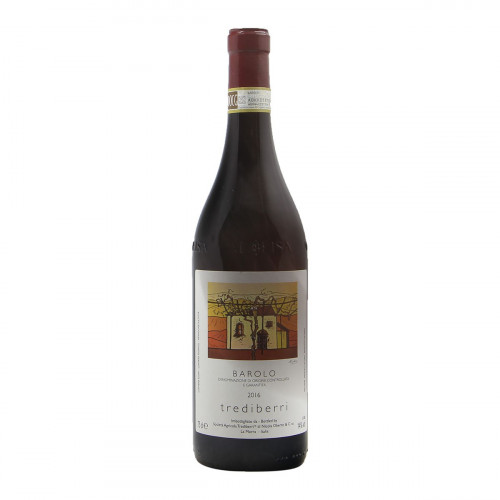 Barolo 2016 Trediberri is a Piedmontese fine wine, from grapes that come from the Berri a La Morra area. It is a wine that ages 24 months in large barrels and offers red fruit and balsamic notes on the nose, while in the mouth it is striking for its elegance and delicacy, with a beautiful persistence that ends in a licorice finish.

The Barolo 2016 Trediberri is a fine Italian wine made from Nebbiolo grapes coming mostly from the Berri region of La Morra, and in minimal part from the Capalot vineyard, rented in 2017. The Piedmontese company is the result of the union of three friends who, after different experiences, decided to meet again and dedicate themselves to the world of wine. The 8 hectares of the property, all organically run, are based on the cultivation of local indigenous grapes: Nebbiolo da Barolo, Barbera and Sauvignon. In the case of this Barolo 2016, the grapes used are 100% Nebbiolo: The must ferments in cement to mature in large barrels for 24 months, followed by refinement in the bottle. Bright ruby ​​red in color, the nose expresses floral and red fruit scents along with spicy aromas and a clear balsamic component. In the mouth, however, the Barolo 2016 Trediberri reveals an extreme elegance and balance, with a well-mixed tannin and a beautiful aromatic persistence that ends in a licorice finish.

VINIFICATION: fermentation in cement, aging in large barrels for 24 months, aging in bottle.

Trediberri is a family farm set up by father son and a friend, located in the hamlet of Berri in La Morra. From the 8 hectares of the farm destined for the production of Barolo, balanced and territorial wines are born, very interesting labels that well represent the terroir of the Langhe. 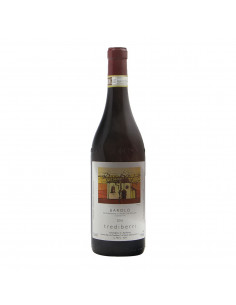 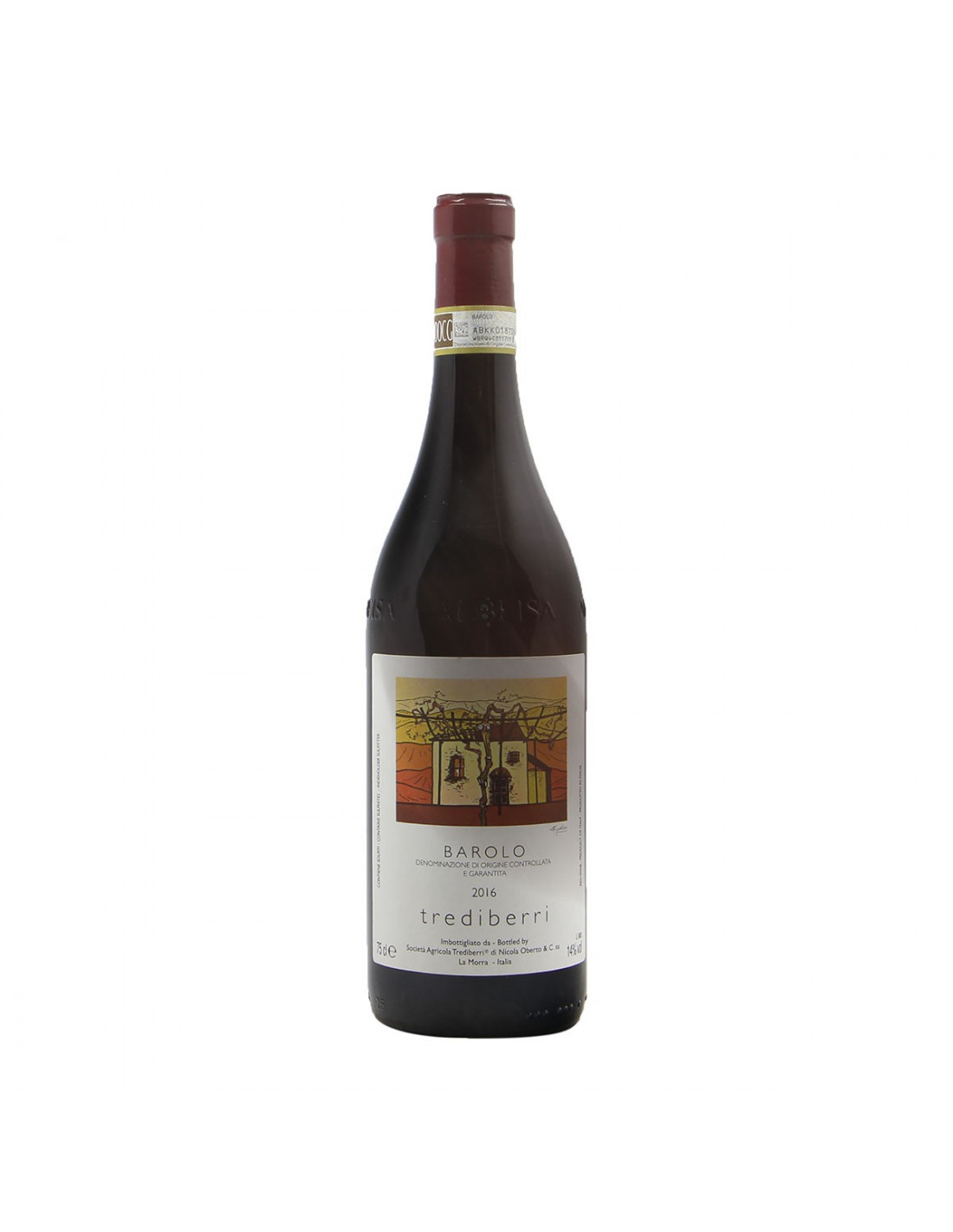