The grandfather of Sylvain Cathiard, a foundling of Savoy, came to Burgundy and found work at the Domaine de la Romanée Conti (DRC) and Lamarche, subsequently buying some parcels of vineyards. His son André Cathiard began to bottle part of the harvest.

In due course Sylvain began working with his father, but then he separated to start his little domaine autonomously, until his father's retirement in 1995. At that time Sylvain was able to resume the family vineyards. Now he has been joined by his son Sébastien and a new spacious cellar is currently under construction.

The Cathiards have 5.5 hectares of vineyards in Vosne-Romanée, Nuits-St-Georges and Chambolle-Musigny, including small estates in Clos de Vougeot and Romanée-St-Vivant. A recent addition (since 2006) to the range is the Nuits-St-Georges Aux Thorey.

Simple vinification: the vines are meticulously treated. Organic practices are used. After fermentation, the wines enter into barrels, with 50% of new wood for the villages p and 100% for the first cru and grand cru. Most of the barrels come from a cooper, Rémond, although with wood from different forests. Wines in their youth have exceptional energy and fruit purity. High quality level. 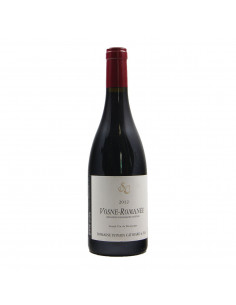