The history of the Cappellano winery begins with the notary Filippo Cappellano, a wealthy landowner with a passion for wine, who founded the company at the age of 48, merging into the property 150 days of Piedmont (which correspond to about 60 hectares) of arable land.

At his death, his son Giovanni, oenologist, continued to run the company, renovating the winery and creating two hotel facilities in Alba and Serralunga, equipped with the best services to satisfy the Ligurian-Piedmontese tourism. In Serralunga he conceived the famous "cure of the grapes", establishing a carriage service for the connection with the railway station of Alba.

At the Universal Exposition in Paris (the same in which the Eiffel Tower was erected to commemorate the centenary of the French Revolution), Giovanni Cappellano's winery won the bronze medal. My perspicacious great-grandfather had probably gone to France to conquer the market, since the French vines in those years were already affected by phylloxera. Giuseppe, Giovanni's brother, graduated in pharmacy, choosing the wine-pharmaceutical industry road. At that time he produced concentrated curative musts as well as the first grape jellies (earning a gold medal at the international exhibition), and he invented Barolo Chinato. The industrial adventure of Giuseppe did not last long: in 1912 his brother Giovanni died, struck by a tropical fever contracted in Tunisia (where he had gone to look for a vine resistant to phylloxera), and Giuseppe chose to take care of the family business.

After a childhood spent in Eritrea, Teobaldo took the helm of the company by completely modifying it: much smaller dimensions and maximum attention to quality, according to precise guidelines. On the one hand an unprecedented attention to the territory, made of rooting and commitment. The Langhe of those years, far from the current recognition, were difficult land that Teobaldo promised to promote and defend through an active and tireless participation in the Barolo and Barbaresco Consortium and as president of the Enoteca Regionale del Barolo. At the same time, the recent fame and economic difficulties of those who produced wine made the incursions of an industrial approach to viticulture too tempting. Teobaldo was among the first to affirm the need for a rethinking of production, rediscovering harmony with the roots of peasant labor and assuming responsibility for environmental protection.

In the last years of his life he was president of the Vini Veri association, at the forefront of promoting a natural approach to wine production, focusing above all on the formation of a conscious network among producers, oriented towards research and mutual support. On the other hand, the focus on quality imposed a focus on Barolo Chinato, who in the 1960s was experiencing an unfortunate moment due to the proliferation of new, low-invoice competitors. Teobaldo stubbornly continued to believe in the handwritten recipe from his uncle Giuseppe, received by his father Francesco in a sealed and sealed envelope. With the delicacy and perseverance that were his, he long fought the prejudices that had hit the Barolo Chinato.

After years of struggles he succeeded in his intent, bringing back the elixir to the prestige that is rightfully there and now boasts; jealously guarding, both in the difficult period and in the lucky one, the recipe of the ancestor and defending the craftsmanship. Now it is Augustus who continues the family tradition. 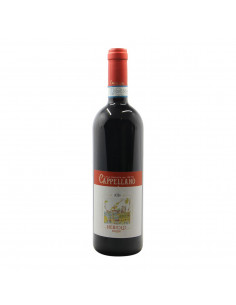 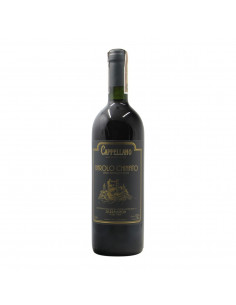